A popular environmental lawyer states he was unpleasantly surprised to find out Broken Hill’s renowned Trades Hall hasn’t had adequate insurance since 2009.

Broken Hill is stated to be the birth place of the contemporary trade union motion and the insurance coverage discovery was made as the trust that owns the Trades Hall countered criticism for its failure to match a $20,000 grant from Broken Hill City board. This money is required for major repairs to the Trades Hall roof. 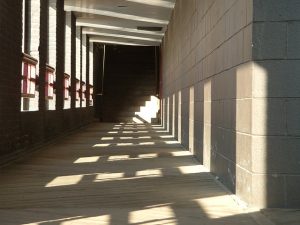 Insurance coverage is an extremely sensitive topic for the Trades Hall Trust, as they don’t have sufficient money to cover the premiums offered by commercial insurance brokers

Trades Hall Trust president Ros Ferryboat stated, “The premiums are something like $12,000 a year and they go up every time you make a claim. There is no insurance on that building.”

She divulged that the building has not been insured since 2009, when the Trust made a claim to fix storm damage to the structure.

Simon Molesworth an environmental lawyer contributed significantly in the push to have the whole city of Broken Hill heritage-listed earlier this year and said he was “staggered, indeed shocked, that the Trades Hall Trust has not got the building insured.”

Mr Molesworth believes regardless of a buildings status, history, or architectural importance, every building owner has a responsibility to maintain and protect buildings under their control. Therefore following from his logic, the unions should have an obligation to take out relevant policies such as owner builder constructions insurance to ensure the Trades Hall doesn’t fall into a state of disrepair

He emphasised the need to preserve what was given from previous generations to current generations and stated, “this magnificent iconic building was created by proud, hardworking trade unionists….those founding members … entrusted into successive generations that pride in their place, in their Trades Hall, it’s almost like a sacred trust.”

However, president of the Barrier Industrial Council Danny O’connor who works in the Trades Hall claims the current cost to insure the building is unbelievable and cited the heritage listing as not helping, saying, “once you’ve got heritage involved in things the price just skyrockets again.”